Posted on July 6, 2020 by asherunderwood 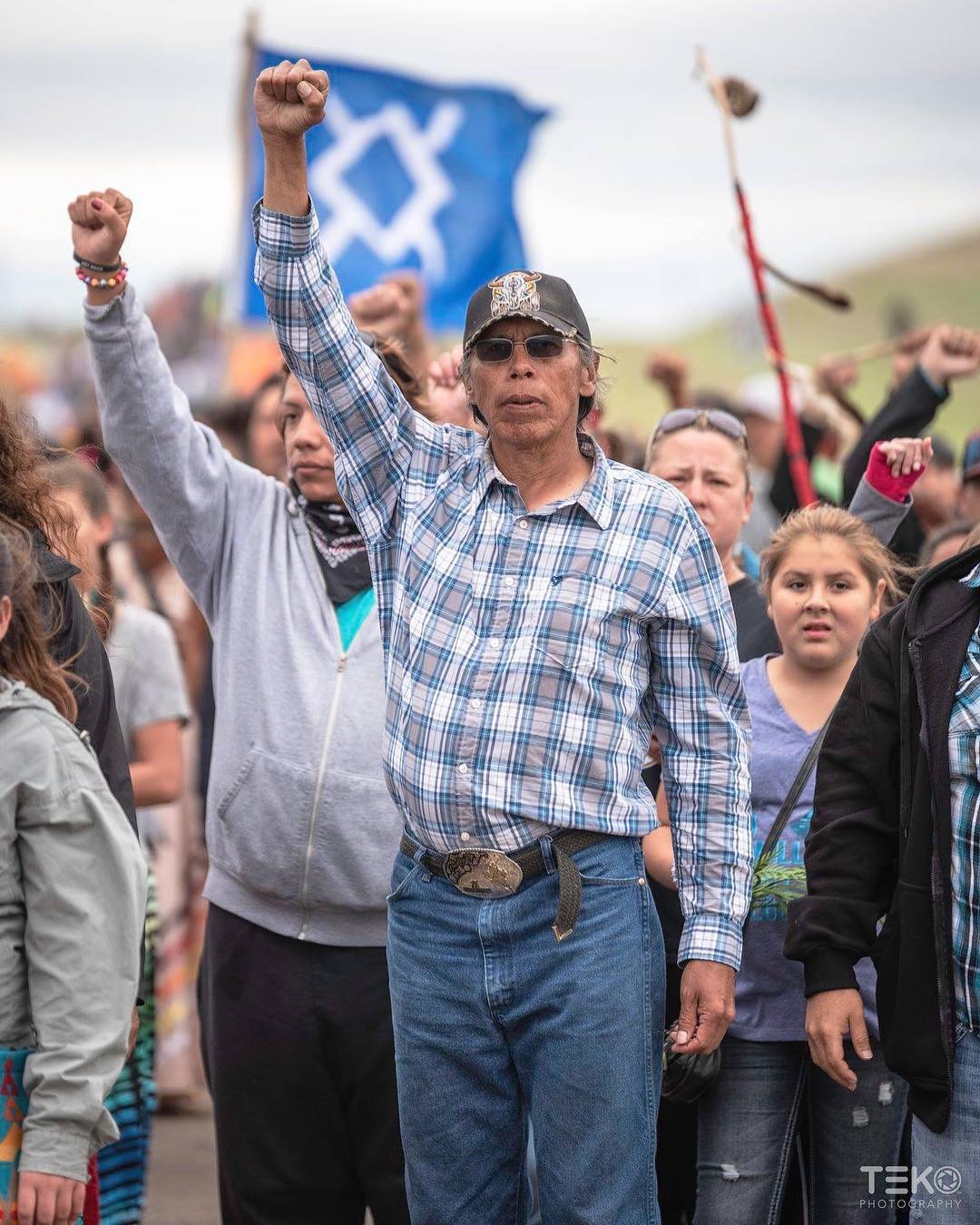 "It took four long years, but today justice has been served at Standing Rock," Earthjustice attorney Jan Hasselman, who represents the tribe, said in a statement. "If the events of 2020 have taught us anything, it's that health and justice must be prioritized early on in any decision-making process if we want to avoid a crisis later on." 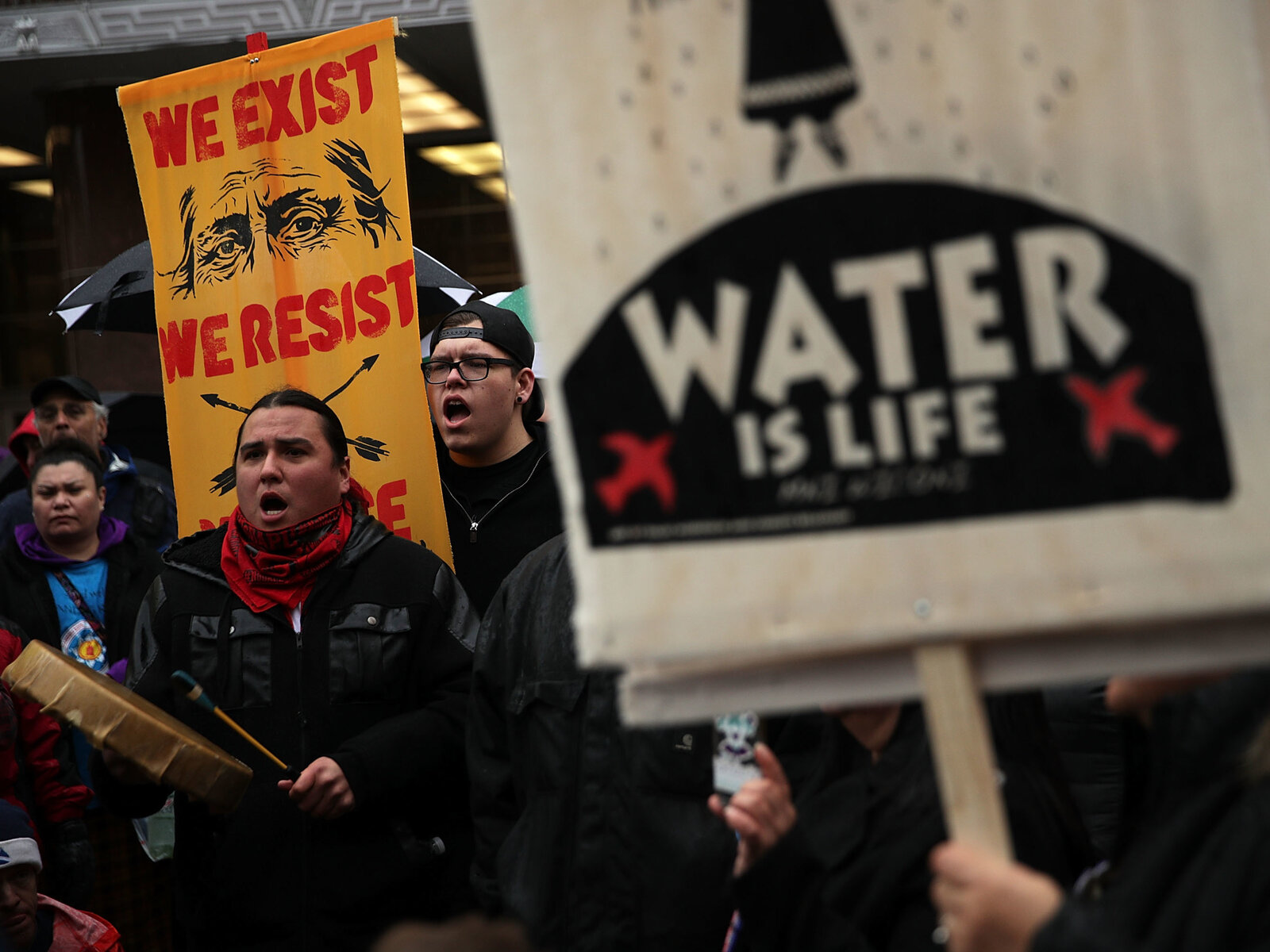 Members of the Standing Rock Sioux Tribe and its supporters, shown here during a demonstration in 2017, have opposed the Dakota Access Pipeline for years. Alex Wong/Getty Images

In December of 2016, the Obama administration denied permits for DAPL to cross the Missouri River, and ordered a full environmental impact statement to analyze alternative pipeline routes and impacts on the Tribe’s treaty rights. Yet on his second day in office, Trump reversed that order, directing that permits be issued. Pipeline construction was completed by June of 2017.

The Standing Rock Sioux Tribe challenged the permits in court and won. The court ruled then that the environmental analysis had been insufficient because it failed to account for consequences facing the Tribe, and ordered the U.S. Army Corps of Engineers to redo it. However, the judge declined to shut down the pipeline in the interim. 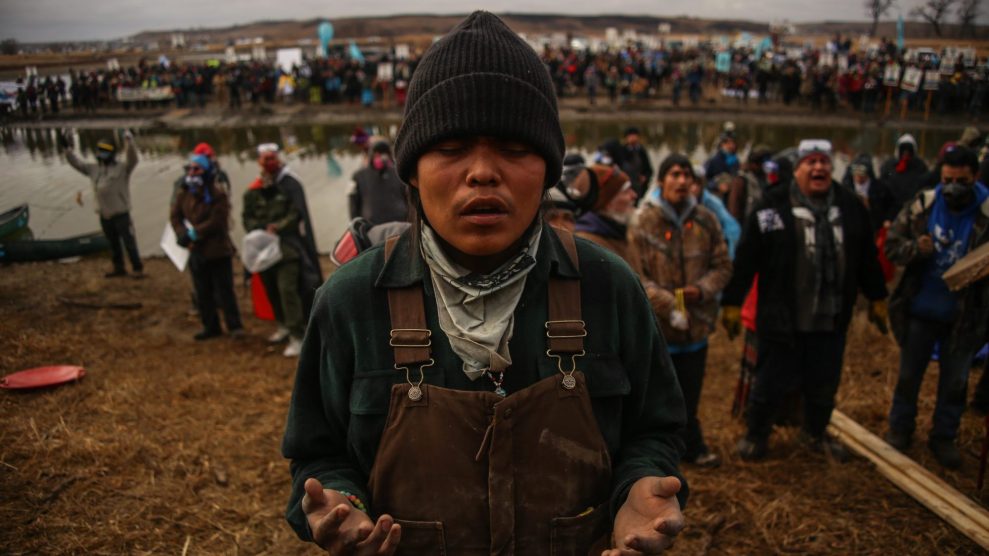 A water protector prays as he and others defend a sacred site at the Standing Rock Indian Reservation in 2016. Joel Angel/Zuma

The Army Corps then redid its environmental analysis, but shut the Tribe out of the review process, and concluded that its previous analysis had been sufficient and that nothing needed to change. In response, the Tribe, represented by Earthjustice, went back to court. In a motion for summary judgment filed last August, the Tribe asked the Court to shut down the pipeline, and order the Corps to conduct a full environmental analysis. The Court granted the Tribe’s request in a March 25, 2020 ruling, yet left open the question as to shutting down the pipeline in the interim.

The massive 2016 gathering of Tribes and allies defending Standing Rock Sioux territory from DAPL captured the world’s attention and attracted international media coverage. It helped give rise to a global movement of indigenous resistance to fossil-fuel infrastructure projects. In an unprecedented victory for Standing Rock Sioux Tribe after four-year legal battle, a federal judge has ordered the owners of the Dakota Access Pipeline to halt operations while the government conducts a full-fledged analysis examining the risk DAPL poses to the Standing Rock Sioux Tribe. The pipeline shutdown will remain in place pending completion of a full environmental review, which normally takes several years, and the issuance of new permits. It may be up to a new administration to make final permitting decisions. Write to your members of Congress in support of the Standing Rock Sioux Tribe and its fight for justice and sovereignty.

Write to your members of Congress in support of the Standing Rock Sioux Tribe and its fight for justice and sovereignty. (read more) Support The official Standing Rock Sioux Tribe Dakota Access Pipeline Donation Fund! 👉🏽 Remember that the Standing Rock Sioux Tribe is a sovereign nation with its own laws, territory & government. When we talk about the "Standing Rock Sioux Tribe" we are not referring to the water protector camps or to the "Oceti Sakowin (great Sioux Nation)" as a whole, or even to the entire population of Standing Rock. Rather, the SRST is a specific tribal government nearest & most actively involved in a legal & political capacity with preventing the Dakota Access Pipeline from crossing the river just north of their reservation border. #NoDAPL ✊🏽 The Tribe is not the official organizer or funder of the water protection camps, though they do monitor & support the camps in different ways, and their goals are closely aligned. The continued fight against Dakota Access LLC (the pipeline company) drains resources from the Tribe, particularly on the legal front. SRST requires badly needed funding to continue to successfully operate & to support grassroots efforts of the water protectors in the way that they deem most appropriate as a sovereign nation. Follow this link to donate to the Standing Rock Sioux Tribe’s Dakota Access Pipeline Donation Fund: www.StandingRock.org ... Read more at http://indiancountrytodaymedianetwork.com/2016/11/23/how-give-and-give-thanks-standing-rock-166566 @2pacunlimited ✊🏼 @truthabouttupac 🎨 @indiegeniusmedia 📸 @catawayplace @2pac @apache22rose ☀️️@protectoakflat . . . #tupacamaru #2pac #2pacshakur #sioux #siouxnation #tat #ig #standwithstandingrock #instagood #share #now

A post shared by TruthAboutTupac Movement (@truthabouttupac.movement) on Nov 24, 2016 at 1:55pm PST