The Truth About MGK vs Eminem, Fake News, Clickbait and Views.

“Upon further review, it appears the audio on the clip of MGK’s performance has been doctored.”

That’s right, when Billboard reported that Machine Gun Kelly was booed off stage during his performance of “Rap Devil” in Orlando earlier this week, it was a video originally uploaded by a page called Southpawer Official,  “the number one source for the Shady Records news.” You can actually see the video (before the booing was added) in the embedded twitter conversation below:

Eminem fans began sharing this Doctored News like wildfire but many of them had not done their homework on the matter… MGK himself is clownin’ on this Live Stream Story showing the real un-doctored footage below:

What i find interesting studying this “beef” is how quickly people who disagree tend to be many of the same people spreading false information on the matter, in an effort to discredit the other points of view and thus to make themselves appear right.  I have a large network of  Hip Hop heads, artists, emcees, conscious peoples, and activists, etc and find it interesting the wide variety of opinions on this commercial “beef” and subject matter. While majority seem to be siding with Eminem, it appears many of them are sharing false news and misleading information (such as the doctored video above) in attempts to discredit MGK. There is a certain arrogance in their perspective as well that “if you don’t agree or understand how much greater Eminem is than MGK” well then “your opinion really doesn’t matter”, because you “just don’t understand real Hip Hop…”

Maybe Lord Jamar is an “Eminem Hater”, some would say because he has been in conflict with Eminem previously and Eminem references him in the “Not Alike” diss as well… but I feel how Lord Jamar does in this video clip from BET’s #RateTheBars below, while Eminem is a great artist and emcee, he is not in my “Top 20″… although i put “Stan” and “Lose Yourself” as all time Hip Hop classics, Eminem is not a “favorite emcees”.

Another source of false information that was being shared like a virus the last couple of days is the image of the songwriter credits for “Rap Devil” and Eminem fans claiming that “Ronny J” (Ronald Spence) had a hand in writing Machine Gun Kelly’s Diss track; See the screenshot below from Wikipedia that has been re-shared all over social media in the efforts to discredit MGK, and you can see the credits are derived from Tidal.  While it’s true that Ronald Spence Jr. is credited in “Rap Devil”, it is likewise true that “Ronny J” has credits on Eminem’s “Not Alike” but no Eminem fans (with the exception of “Bobby Seven“), have pointed out the songwriters credit on “Not Alike” or suggesting that Ronny J helped Eminem write his “MGK diss”… Yet if you see the screenshot below in the credits for “Not Alike” you will see that R. Spence Jr has “lyricist” credits as well… 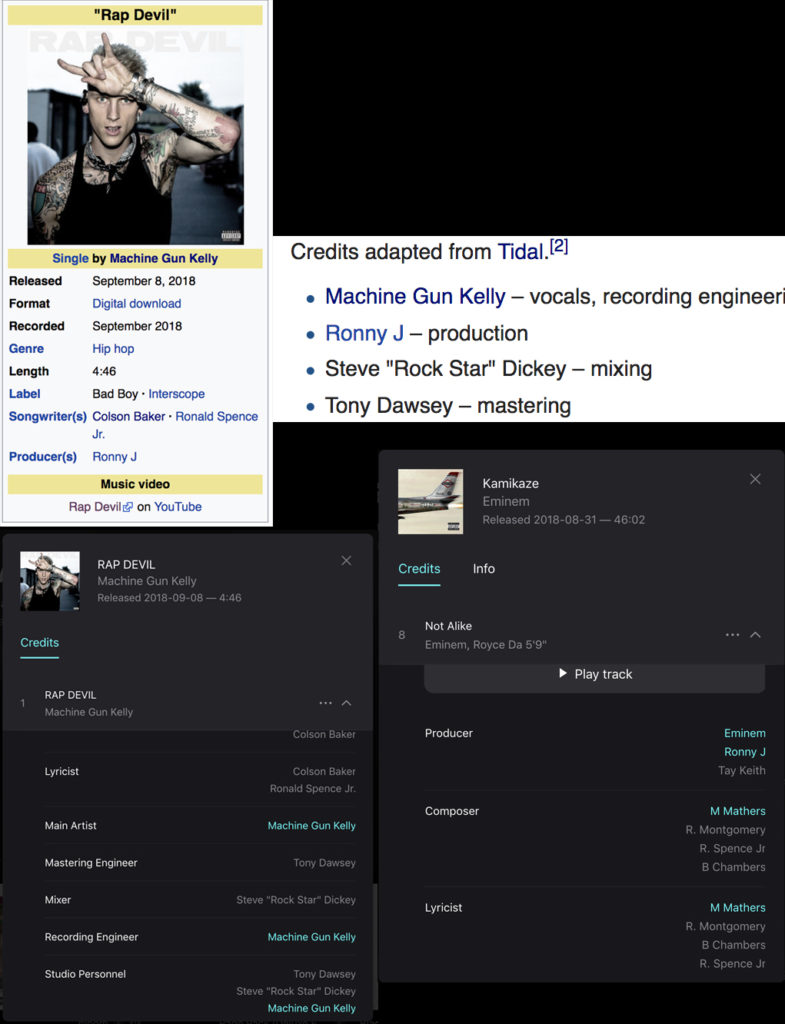 Regardless of who you think is “winning” this “beef” i think it’s important here to recognize a few things: 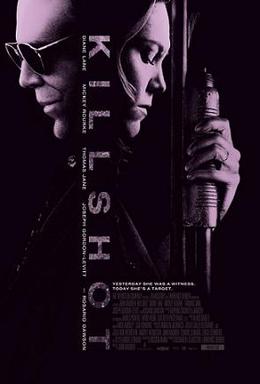 I guess all my point is that both of these artists have achieved feats beyond 99.99% of aspiring artists, in addition to them having all of the benefits and privileges that have been entailed with them being “white rappers”, at the end of the day they are both talented and for Hip Hop heads enjoying the show… should be able to have dialogue and opinions based on the content and real information rather than clickbait.  If Eminem is such a great and legendary artist that is stomping Machine Gun Kelly well then he shouldn’t need fake news to push the idea of him as victor. I guess we have to wait and see what this EP is going to be like MGK is dropping on the 21st. What are your thoughts on who has the better diss track and record? Why?

2 comments on "The Truth About MGK vs Eminem, Fake News, Clickbait and Views."