Last week I returned from an EPIC trip with my family to Sicily, Italy- and this week is the 23rd year anniversary of the shooting/ assassination of our Beloved Tupac Amaru Shakur aka “Makaveli the Don.” As I reflect on the annual commemoration and remembrance of Tupac’s life and tragic death* it is impossible for me (especially after returning from the ancient island of Sicily) to not consider the synchronicities in timing of this particular 23rd year anniversary of 2Pac’s “Exit!” / Enter:

The Don Killuminati: The 7 Day Theory 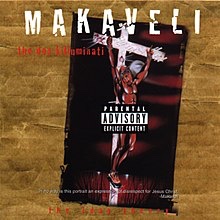 Most 2Pac fans have at minimal a periphery understanding of the “Seven Day Theory”, numerous coincidences, reoccurring “7s,” and many other “clues” found in Pac’s music, movies, interviews, and videos. One aspect of the legend is that Tupac was shot in Las Vegas on Saturday, September the “7th”, and was pronounced dead 7 days later on the auspicious “Friday the 13th.” It just so happens that this 23rd year anniversary (2019) falls on the same cycle of “Saturday–September 7th to Friday the 13th.”  It is also worth noting that September used to be the 7th month on the original Roman calendar:

September (from Latin septem, “seven”) was originally the seventh of ten months in the oldest known Roman calendar, the calendar of Romulus 750 BCE, with March (Latin Martius) the first month of the year until perhaps as late as 451 BCE. Source: Wikipedia.

Many know Tupac self identified by the name “Makaveli” as an alias or alter ego personified, which was inspired in part from Tupac’s readings of “Niccolò Machiavelli”, the studied Italian diplomat, politician, historian, philosopher, writer, playwright and poet of the Italian Renaissance period (image below): 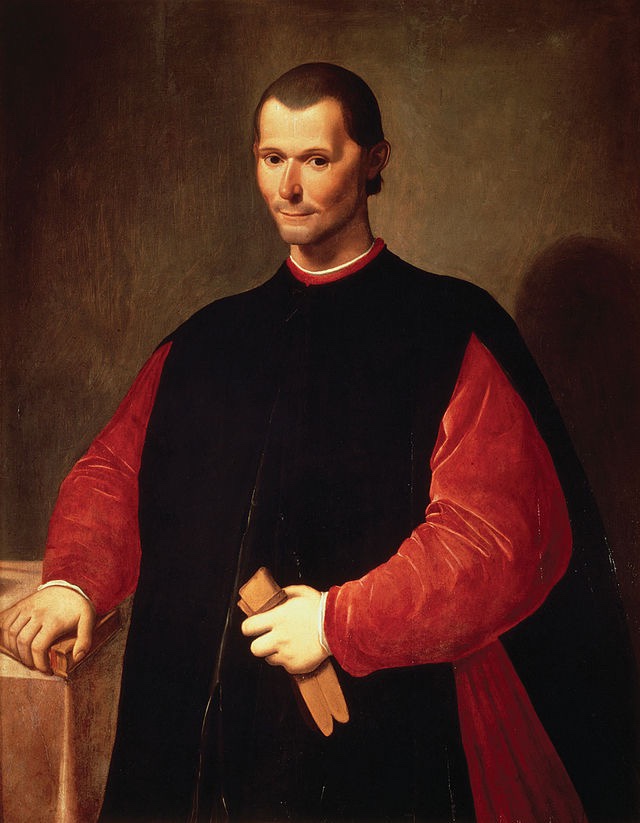 Machiavelli was not from Sicily, but he did make references to Sicily… As far as Tupac aka “Makaveli’s” references to Sicily it’s in many of his lyrics and “codes”, such as in the “Ballad of a Dead Soulja” where Pac mentions “The Family!”… Do you feel me? “Capo or Capi-tan, one day I’ll be the Don!” The “capo di tutti i capi” or “boss of all bosses” has historically been a reference to a powerful crime boss in the Sicilian or American Mafia “who holds great influence over the whole organization”. Let’s look at Tupac’s lyrics with reference to “THE PLAN“:

THE PLAN: to take command of the whole family-

though underhanded- to be the man it was planned,

Do you feel me? Capo or Capi-tan?

One day I’ll be the DON; until then, remain strong!

My only fear of death is reincarnation-

Sheddin’ tattoo tears, another suicidal on the tier,

For all my homies that’ll never be alive again…7

2Pac- Ballad of a Dead Soulja

The original Machiavelli’s references to Sicily are in his most famous book “The Prince”, with respect to ‘Agathocles of Syracuse’ (“Ἀγαθοκλῆς”), known also as “the Greek tyrant of Syracuse” and later the “self-styled king of Sicily” from 304–289 BCE.

Agathocles, was born at “Thermae Himeraeae” (modern name of Termini Imerese), a town and comune in the city of Palermo on the north coast of Sicily, in southern Italy. There is both ancient and contemporary art history in Termini Imerese, including an archaeological site of the Roman Aqueduct pictured below:

On our visit to Palermo we took a day’s hike through some of the legendary streets and neighborhoods- which is a city known for both ancient and modern graffiti- side by side with renaissance and even older ARTi#facts . I could feel the mysteries of antiquity in the ground beneath my feet in these very old streets of Palermo. The ancient stones had me envisioning the generations of families, warriors, diplomats, artisans and travelers who had walked, traded, lived, breathed and died in the countless reoccurring cycles of culture and life “worldwide like the art of Graffiti.”

See the “Understreets of Palermo, Sicily.”

In Niccolò Machiavelli’s treatise on politics in Chapter VIII of “The Prince” (1513) he references Agathocles of Sicily as an example “Of Those Who By Their Crimes Come to Be Princes”:

Agathocles, the Sicilian, became King of Syracuse not only from a private but from a low and abject position. This man, the son of a potter, through all the changes in his fortunes always led an infamous life. Nevertheless, he accompanied his infamies with so much ability of mind and body that, having devoted himself to the military profession, he rose through its ranks to be Praetor of Syracuse. 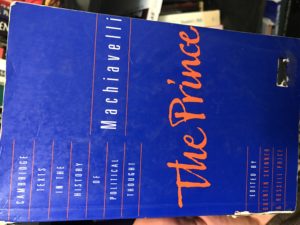 Machiavelli goes on to reason that Agathocles’ success, in contrast to other criminal tyrants, was due to his ability to commit crimes quickly and ruthlessly, and states that cruelties are best used when they “are applied at one blow and are necessary to one’s security, and that are not persisted in afterwards unless they can be turned to the advantage of the subjects.”

Seeing this ancient history in person along with revisiting the Machiavelli references had me contemplating those times, and reflecting on what made Sicily such a strategic location to all of the different groups who once ruled there.

Another historical site we visited on our trip was in Agrigento, the “Vaddi di li Tempri” (Sicilian for “Valley of the Temples”). This archaeological site is a national monument of Italy and one of the main attractions of Sicily. It is a noteworthy representation of Greek art and architecture, but also conveys a time period somewhat contemporary to Agathocles, in that it’s primary development was in the 4th century BCE.

Several of the temples at Agrigento are only in fragmentary remain, having been toppled by earthquakes long ago or quarried for their stones. The largest is the Temple of Olympian Zeus, built to commemorate the Battle of Himera in 480 BC: which is believed to be the largest Doric temple ever built. Construction was abandoned after the Carthaginian invasion of 406 BC.

I contemplate the future generations that will walk and snap pictures on the remains of our fallen Babylon.. I wonder how our heroes and legends will be remembered and I hear Tupac words from “Made N.I.G.G.A.Z.” reverbrating through my psyche:

Know the feds trail me, so my alias Makaveli-
Gettin’ lessons from niggas in penitentiaries–
Game, when applied, help me survive several centuries…

This isn’t even close to done… to be continued...